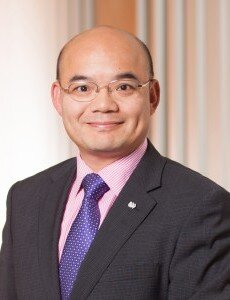 Mr. Xu, aged 52, holds a Bachelor’s degree in Law of the China University of Political Science and Law, a Master’s degree in Business Administration of Beijing University of Aeronautics and Astronautics and a Master of Laws degree in International Economic Law of City University of Hong Kong. He was qualified as a lawyer in the PRC in 1994 and a senior economist in the PRC in 2003. Mr. Xu has over 22 years of corporate management experience and extensive experience in transactions of mergers and acquisitions and investment and financing. He was a director of a company listed on the Shanghai Stock Exchange and two companies listed on the Main Board of the Stock Exchange. Mr. Xu was appointed as the Co-Chairman of the Company and the Executive Director in January 2015. He has been re-designated as the Deputy Chairman of the Company in March 2017 and is currently a member of the Management Committee and Executive Committee. Mr. Xu also holds directorships in certain subsidiaries of the Company.